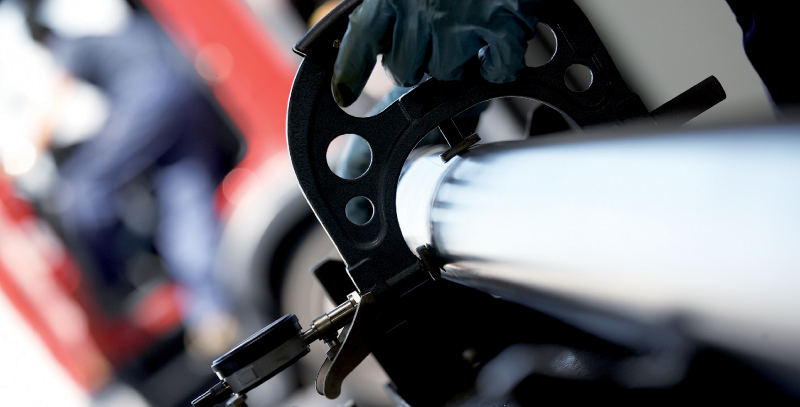 According to telescopic tipping hoist specialist Binotto, Hamlet’s famous phrase ‘to be or not to be’ is more than a question – it’s a choice. For the Italian company, making the choice ‘to be’ means taking the required actions to make its components the best option for those in the industry.

For 60 years, Binotto has been following through with the theory, constantly seeking to improve not just its products, but also every facet of the company. As such, it has grown to become more than a small, Venetian company, but a multi-national corporation with over 300 people, producing over 150,000 total units per year from its five state-of-the-art manufacturing plants worldwide.

Around 1,000 of those units reach Australian shores every year, a number that Binotto CEO, Giuseppe Martinon, says is poised to grow thanks to a new exclusive distribution partnership with local heavy-duty equipment specialist, Gough Transport Solutions (GTS). “Recently, Binotto conducted a strategic review of its distribution arrangements in Australia, and concluded that the brand and product range would be better served under alternate arrangements,” Giuseppe says. “GTS is a well-established and respected company, and I am confident that this new partnership will deliver an enhanced customer experience, through GTS’ prominent level of technical expertise and dedication to customer engagement.”

According to Giuseppe, the hard work that GTS has put into bolstering its national service network in recent years was an important reason Binotto chose to bring GTS on as its new Australian partner. “Binotto hoists have been available in Australia for over 20 years, it is a well known brand that is synonymous with high quality and has a great reputation as a well-established product here,” Giuseppe explains.

Binotto hoists have been available in Australia for over 20 years…now it will become more accessible thanks to the GTS national network, which it has been improving over the last few years to cover the entire country.

“Now, it will become more accessible thanks the GTS national network, which it has been specifically and thoroughly improving over the last few years to cover the entire country. We don’t want our product to only be available in the main metropolitan centres, but across the country as a whole.”

That way, Giuseppe says, Binotto customers all over Australia will be kept abreast of the company’s ongoing product improvements and updates, and will therefore be able to get the most from the hoists.

“Binotto is always improving on every level, from research to developing new technology. We made a major upgrade to the hoists in 2014, with the launch of our telescopic B3 technology cushion system,” Giuseppe says. “The cushioning technology softens the impact of the hoist at the end of every stroke, allowing high-speed movements while also extending the service life of the equipment.”

“The ITA uses sensors to monitor the angle of the tipper while it is in motion, providing real-time feedback to the driver via smartphone,” Giuseppe explains. “This shows the driver if the angle and weight will cause instability and how to control the movement safely.”

Though only announced last September, Giuseppe says the product has already seen a number of improvements, with new features added, such as suggested maintenance. “The final version will be field tested in Q3 this year, and serial production will occur in 2018,” Giuseppe reveals.

“The GTS team will be trained by Binotto staff from our headquarters to make sure they have the most up-to-date information on all new products as they are developed and released to market, such as our ITA. “We have set up a plan for information sharing and training between head office and GTS, which is unusual for a European company coming into Australia. However, we see it as crucial to constantly communicate with our partners. By working together, we expect GTS and Binotto to grow together as our world-class product spreads further across the country.”