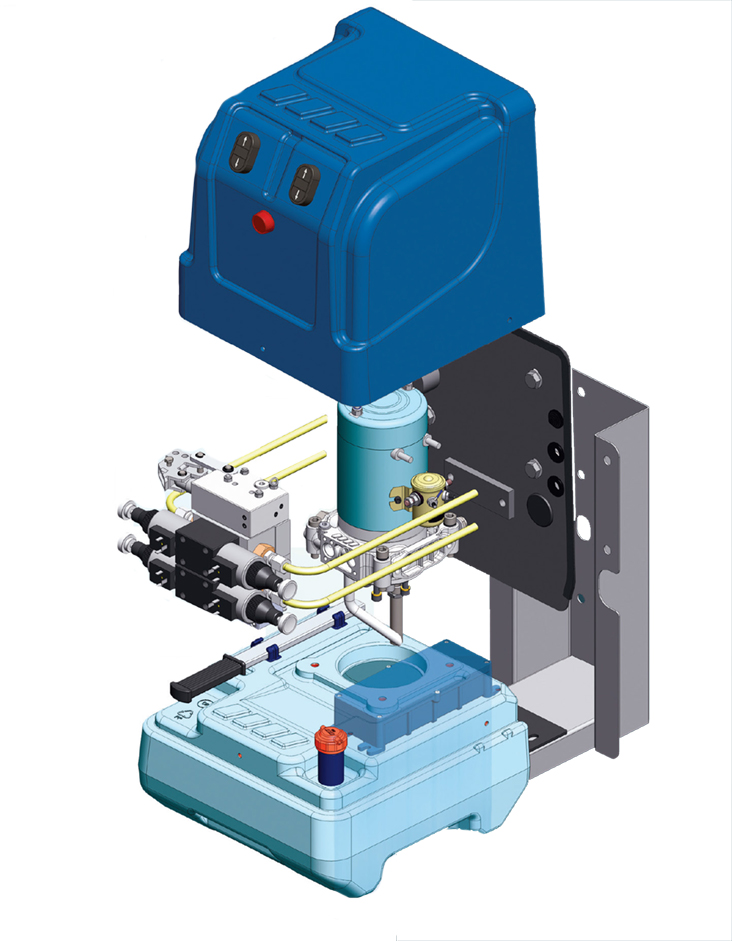 For Gough Transport Solutions, being stranded for hydraulic power is just not an option, even in the case of an unexpected breakdown. With the proper backups in place, the hydraulics specialists says the fallout of equipment failure can be minimised.

Unexpected breakdowns are an unfortunate reality of road transport, causing unplanned downtime that can quickly eat into a company’s profit. But Gough Transport Solutions’ (GTS) hydraulics expert, Gary Butler, says having a plan in place can go a long way to minimising the impact if worst comes to worst.

“To keep transport operations running as smoothly as possible, it’s crucial to consider how to handle the worst case scenario if it should occur,” Gary says – explaining that the first step is to use high quality equipment that has a proven track record for reliability.

“The quality of hydraulics components is paramount to their reliability, which is why we rely on equipment from Italian hydraulics specialist OMFB. GTS has been supplying and installing these products in Australia for over 20 years, and they have proven themselves time and time again,” Gary says – noting that the ‘Kube’ electro-hydraulic DC powerpack from OMFB is a case in point.

“GTS has supplied hundreds of Kube powerpacks over the years, predominantly for road-rail and mining applications – demanding operations that are testament to the product’s reliability,” Gary says.

Nonetheless, OMFB has added a failsafe to the Kube, as Gary says leaving an operator stuck in a task due to a failure is an unacceptable outcome. “At some time or another, electrics can fail or a battery can go flat. It just happens. But in emergency situations where hydraulic power is critical, the Kube powerpack has a built-in hand-pump that can be used to finish the job,” he explains.

“For example, look at a road-rail application, where a truck is literally working on the railway tracks, and there’s an electric power failure. Being stuck in a train’s path simply isn’t an option. The operator can utilise the emergency hand-pump, get the truck off the track and out of the way, and then charge the battery or deal with whatever the problem may be.”

Aside from powering hydraulics for road-rail, Gary says the powerpack has the flexibility to work in a range of applications, from operating tail lifts on commercial vans to powering trailer ramps, or “any other use for operating hydraulic cylinders”.

“The flexibility of the system allows for up to three functions, in any combination of single or double-acting and open or closed-centre valve configurations,” Gary says – adding that the Kube is ideal for any system utilising a DC powerpack that could potentially require an emergency backup.

“Although breakdowns can be minimised by using quality components with a thorough preventative maintenance regime, they’re a reality for equipment in heavy-duty applications,” Gary says. “But a breakdown doesn’t have to be something dramatic. With the hand pump override capability of the Kube powerpack, GTS can provide operators with a system that can handle the unexpected and ensure they’re never stranded for hydraulic power.”

Gough Transport Solutions has set up a national service network with hydraulics experts on hand to answer any questions. “Our head office is in Melbourne, we have branches in Sydney, Brisbane, Perth and Adelaide as well as service partners all across Australia. So no matter where you are, support is not far away,” says GTS Hydraulics Product Manager, Gary Butler.